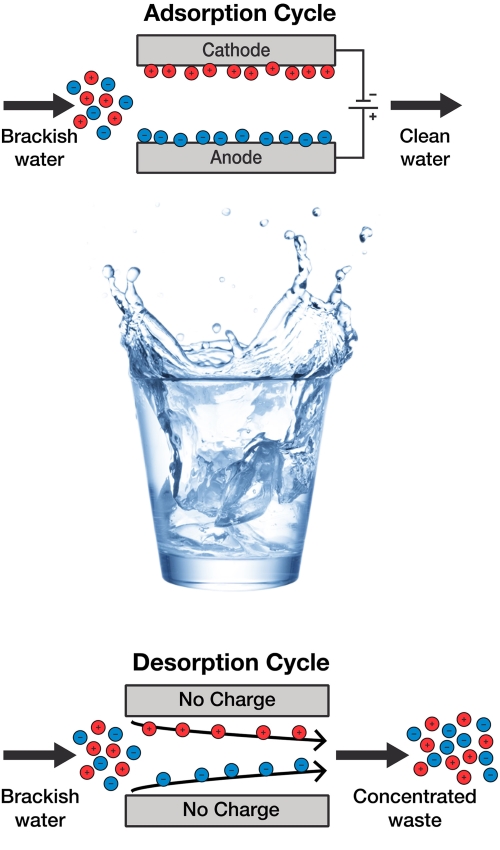 Capacitive deionization (CDI) is a water purification technology that uses electrodes to remove the charged ion species from aqueous solutions. Because CDI is so energy efficient, it can replace many of the water desalination technologies, particularly when used for low molar concentration streams such as brackish water, ground water, and surface water. The technology is based on ion electrosorption at the surface of a pair of electrically charged electrodes composed of highly porous carbon materials.

The technology works by passing the feed water between two porous electrodes, a cathode (+) and an anode (-). The charged particles separate from the feed water based on their charge (Adsorption Cycle). The porous electrode pair is charged with an applied voltage difference of typically 1-1.4 V, and charged particles (salt ions) present in the feed migrate into electrical double layers along the pore surfaces at the carbon/water interface, removing ions from the feed water. The charged particles are electrostatically held in the double layer until the discharging step, where the external power supply is shorted or its polarity reversed. During discharge, the release of the charged particles results in a brine stream (Desorption Cycle), and the charge leaving the cell can be leveraged to recover energy, analogously to the energy from a discharging electric capacitor.

Advances in the technology have occurred through optimizaiton of the electrode materials, the carbon materials (activated carbon, carbon nanotubes, and graphene), as well as in the architecture and operational modes of the systems.

Useful applications for CDI include desalination, wastewater remediation, and water softening. In addition, CDI can be used to remove contaminants such as lead and copper from public water (due to poor infrastructure) at the point of entry into homes. 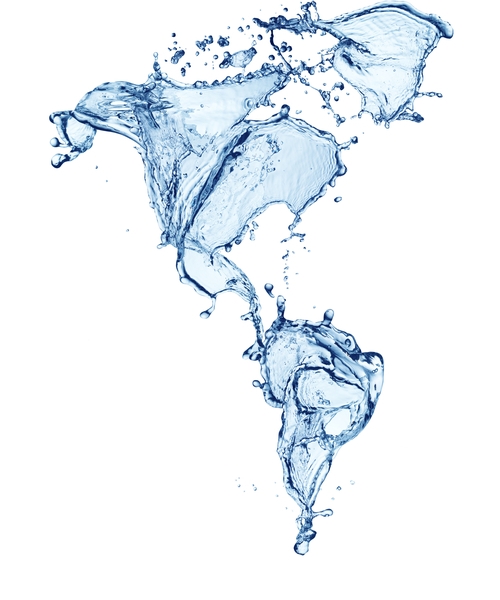 CDI is capable of removing the following:

EWCO manufactures capacitive deionization (CDI) systems which utitlize membrane CDI technology (MCDI). MCDI is a major variation of the basic CDI cell architecture which is a cell with two porous electrodes and a separator.

The main benefit of adding membranes to the CDI cell is the improvement of charge efficiency, as the membranes block co-ions from carrying parasitic current, and can increase the salt storage in electrode macropores. In addition, EWCO membranes may be tailored to have selectivity between different ions of the same charge sign which provides an additional level of tunability for complex multi-ion systems.